Celebrities Who Have Had Limb Lengthening Surgery

Limb lengthening surgeries are a growing trend in the field of cosmetic surgery. Many short people want to have stature lengthening surgery, but this a high-priced surgery and there are some risks and complications. Generally, some people don’t have leg lengthening surgery for these reasons. Most people are wondering why don’t celebrities get limb lengthening surgery? Many celebrities are really short. Money is not an issue for them of course, which means they could do this with the most qualified doctors, physical therapists, etc. One of the reasons why celebrities do not undergo to limb lengthening surgery is that they do not care about their height as much as non-celebrities do. Because they get along just fine in life without it. They can get everything that they want and nothing is out of reach for them. However, plenty of famous celebrities often add a few extra inches to their frame before hitting the red carpet, and one of the easiest ways to appear a bit taller is by wearing thicker shoes. In fact, some of Hollywood’s most recognizable leading men can often be spotted in stature strengthening footwear.

Short height Hollywood female celebrities prefer to mask their height with high heels. They may appear to be giants on the big screen, but looks can be very deceptive. Some of our most famous faces are actually not that tall at all. Especially, for actors and actresses, thanks to tricky camera angles and apple boxes for actors to stand on, height has never been much of a barrier to Hollywood success.

It is said that some of the famous celebs did limb lengthening surgery, but they and their doctors didn’t disseminate this information. 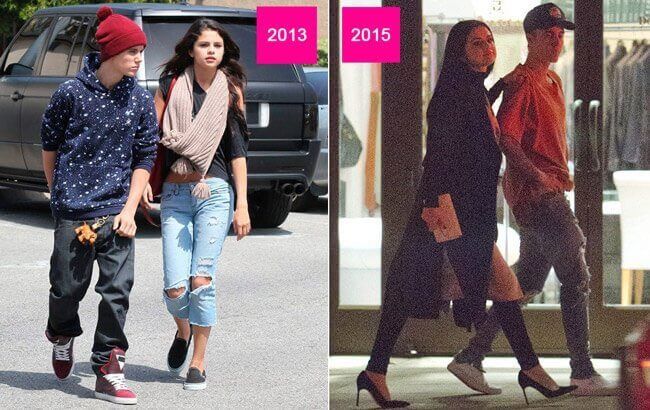 He had posted on his Twitter about his fake retirement in 2013 when he was 19 years old, and there were rumors that he did that for doing leg lengthening surgery which takes some months to recover. His photos with Selena Gomez that were taken in 2013 and 2015 show an obvious difference in his height.

Almost all famous people have personalities that are larger than life—so sometimes it’s a bit of a shock when we learn how short some celebrities really are. Several famous actresses, musicians, and even athletes have really short height.

If you want to outgrow all these famous people, learn about limb lengthening surgery by contacting us via WhatsApp or using Contact Form